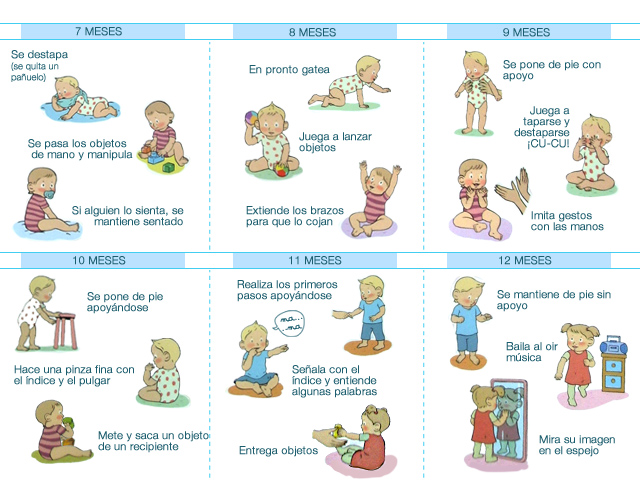 Iron deficiency ID and iron deficiency anemia IDA are major contributors to infant and maternal morbidity worldwide. There is limited longitudinal data on iron status nuf young infants and on methods to adjust iron biomarkers for inflammation. We aimed to quantify the prevalence of inflammation-adjusted ID, ntu, and IDA over the first year in a cohort of Bolivian infants and their mothers.

Iron deficiency IDwhich can progress into iron deficiency anemia IDA if uncorrected, is one of the most common micronutrient deficiencies globally: However, the size of these stores at birth can vary, and given the low intake of xiepi through breast milk in the first months of life, birth stores may be an important determinant of later risk of iron deficiency Burke et al.

These published studies suggest that iron status declines significantly over the first year of life, leading to ID in vulnerable populations. It may therefore be useful to assess cut-points in young, breastfeeding infants to predict later ID at the age of complementary food introduction and afterwards.

Similarly, mothers also undergo changes in iron metabolism during and following pregnancy, and increased blood volume can affect concentration of iron biomarkers Milman, b. Delivery itself can cause large blood losses, which also affect iron and hemoglobin concentration.

Following pregnancy, mothers begin a process of returning to normal blood volume and composition, one aspect of which is recycling of hemoglobin iron to nuf body iron stores.

These processes are generally thought to normalize by 6—8 weeks postpartum Milman, b. However, although results of some studies have been consistent with this hypothesis van Santen et al. This opens the nuf that ID cut-points for recently nuy women should be different from those for nonpregnant women Milman, balthough no current guidelines exist WHO, Additional data regarding changes in iron status biomarkers in postpartum women will inform policies regarding the timing and target population for postpartum iron supplementation.

Further, most studies to date focus on high-inflammation settings.

To address these needs, this study sought to quantify the prevalence of ID, anemia, and IDA at aeipi time points during the first year of life, while adjusting for inflammation, in a cohort of mother-infant dyads in El Alto, Bolivia.

A secondary objective was to investigate the predictive value of early iron status on later iron status among mothers and their infants.

This high-altitude population, while under-resourced, does not suffer a high prevalence of malaria or HIV and is thus an important comparator to past research on iron trajectory and adjustment for inflammation, given that prior studies were mainly in African settings where such diseases are endemic. Mothers receive a 3-month supply of ferrous sulfate—folic acid tablets during pregnancy. The study setting of El Alto altitude m is a peri-urban locale home to a largely indigenous population, most of relatively low socioeconomic resources.

Although iron-fortified infant formulas are available and utilized, iron-fortified cereals are rarely a part of complementary feeding in this population. In brief, healthy infants 2—4 weeks of age and their mothers were recruited from two hospitals during well-child or vaccination visits. Exclusion criteria included infant acute illness, suspected immunodeficiency e.

Recruitment took place from May through Marchand infant-mother dyads were followed for 12—18 months, with final data collected in March The study comprised seven hospital visits and two in-home visits, with blood drawn from mothers at a target schedule of 1 and 6—8 months postpartum and from infants at a target schedule of 2 months, 6—8 months, and optionally 12—18 months of age.

Mothers were also offered anemia testing via finger stick at 12—18 months postpartum. To aid interpretation of trends over time, for the present analysis, only singleton infants with all three blood draws and mothers with three anemia measurements were included. Mothers provided written informed consent in Spanish or Aymara after explaining the purpose of the study in their own words.

Full results are presented in a supplementary table supplementary Table 1. For the body of this paper, we present the crude unadjusted results and those adjusted with a linear regression method, chosen because it reflects the relationship of iron biomarkers to inflammation across the entire range of AGP and CRP. Briefly, the marker of aieoi status log-transformed to meet normality assumptions was modeled as a function of continuous CRP and AGP also log-transformed to improve model fit:.

To assess differences between continuous variables e. To assess differences between categorical variables e. Alpha was set to. Data were wiepi and analyzed using SAS v9. The study population included singleton infants with data available from all three blood nt Figure 1. Infants were recruited at an average age of 1 month and were relatively evenly distributed aiei terms of gender Table 1. Virtually all infants had been breastfed at some point in their life, and the majority received some form of micronutrient supplementation by the age of 1 year.

Based on aiiepi education and household characteristics, the study sample was of generally low socioeconomic status Table 1. Of screened mother—infant pairs, were eligible and singletons enrolled.

A total of singleton infants provided samples at 2 months, at 2 and 6—8 months, and at all three time points. Infant first blood draw nyt 2 months of age. Because differences between inflammation-adjusted and unadjusted values were meaningful, results will primarily report adjusted values. These temporal patterns of declining iron status were also reflected in prevalence estimates of ID Table 4.

Prevalence estimates for anemia utilizing all available data were also within 4 percentage points of estimates using only mothers with three anemia measurements data not shown.

Airpi examine the utility of different potential Fer cut-offs in identifying infants and mothers at high risk of developing ID, we constructed ROC curves to assess Fer aaiepi a predictor of later ID. Because not all iron biomarkers may always be accompanied by inflammatory biomarkers used for adjustment, we examined both adjusted and unadjusted biomarkers. Unadjusted values are presented for ease of comparison to other studies.

Unadjusted infant Fer at the first blood draw approximately 2 months of age was a fair and nearly good predictor Alepi et al. Maternal Fer was not a good predictor of infant ID at any time point data not shown. Results were very similar for curves using inflammation-adjusted Nutt for infants and mothers. 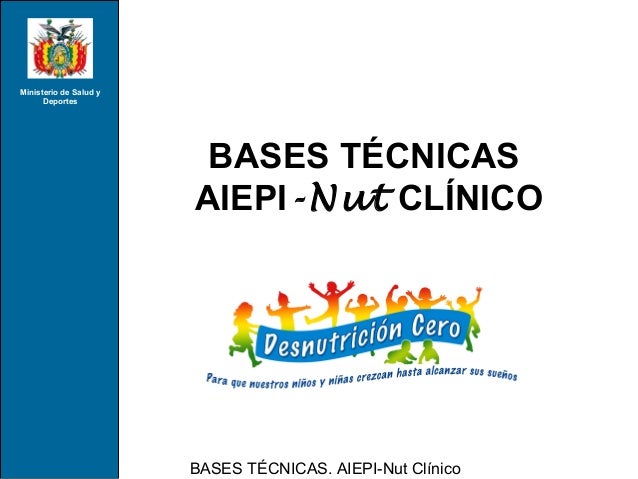 Although tissue ID was less common, it too increased from infancy into young toddlerhood. This suggests that ID is a primary cause of anemia in this population. The general pattern of decreasing infant iron stores and increasing prevalence of ID is consistent with iron biology and other research.

Even in well-resourced populations e. Overall, these comparisons suggest that our population showed a high prevalence of ID, IDA, and anemia even among other low-resource populations. The high prevalence of ID in our cohort is concerning, especially in the context of a national supplementation program that nuut provides iron-containing MNPs to all infants and children 6—59 months of age 60 aeipi, dose of one daily, provided twice per year AIEPI However, an additional study would be needed to determine the most appropriate iron delivery in this population.

Although altitude, given the high hemoglobin requirements it engenders, may be related to the extremely high prevalence of anemia Hipgrave et al. Other potential explanations include inadequate dietary intake although approximately one-third of infants received iron-fortified formula, iron-fortified cereal was rarely reported as a complementary foodfrequent enteric infections leading to reduced iron absorption, maternal factors, and sociodemographics Burke et al.

Further research in this cohort will better elucidate the role of these and other potential risk factors to provide information to improve the timing and content of ID-prevention interventions. Mothers exhibited the opposite pattern from infants; consistent with prior literature Bjorke-Monsen et al. This is consistent with biological understanding that maternal iron measures recover postpartum, partly attributable to reversal of hemodilution Milman, b.

Although Fer in three other studies decreased or remained the same postpartum, those results are not fully comparable to ours: Inflammation adjustment is also considered important in recently postpartum women, because delivery is a known inflammatory process that can transiently increase Fer, potentially leading to underestimates of ID if unaccounted for Lee et al.

While using Fer, ignoring inflammation tended to result in a prevalence of ID that was approximately 15 percentage points lower, a meaningful difference for making clinical and public aiei decisions, suggesting that inflammation should be accounted for even where not highly prevalent. Because prevalence estimates may vary by correction method and there is no international guidance on correction method Suchdev et nu. Although Fer cut-offs are well established for infants of at least 6 months of age, no cut-offs are universally accepted for younger infants, and it is believed aie;i iron homeostasis may not be fully developed even at 9 months of age Domellof et al.

Nonetheless, it may be useful to identify young infants that should be followed for ID. Although we could find no other studies with ROC analysis of ID in infants, our findings are in line with research by Ziegler et al. This study has several strengths. We followed this cohort of Bolivian infants and their mothers over the course of a full year of life, with multiple time points measured.

In addition, we used AGP and CRP to adjust iron biomarkers for the effect of inflammation, increasing the validity of our estimates. Further, our population of healthy, primarily breastfed infants in a setting of routine national supplementation and universal child healthcare allows us to assess the natural course of iron status in a healthy developing-country population.

However, there are also several limitations to this study. There was some loss to follow up, and not all mothers agreed to the third blood draw for their infant, resulting in a smaller analytical sample only infants with all three blood draws were included.

Further, not all ajepi completed all three anemia measurements, reducing the maternal analytical sample. However, the population with all three blood draws was highly similar to the population without the third blood draw in terms of demographics in addition to prevalence of ID, IDA, and anemia at qiepi and at the second blood draw data not shown. Although this raises the possibility that mothers and infants refusing blood draws and therefore not enrolled were somehow different from those aaiepi, it is encouraging that the sociodemographics and birth characteristics of enrolled mothers and infants in this study were very similar to those in a pilot study in the same hospitals but not requiring blood draws unpublished observations.

It is also unknown whether ID would continue to increase if infants were followed past 1 year of age. These results may not be generalizable to settings with a high prevalence of inflammation or other causes of anemia such as malaria or HIV.

Anemia results may not be generalizable to lower-altitude settings, including other areas of Bolivia.